With the outrage surround Tatiana Maslany’s Emmy Nomination Snub, we’ve put together our 5 Fast Facts to tell you all about it and all about her!

Orphan Black is about a hustler who witnesses a girl’s suicide who looks just like her and gets swept into a deadly mystery. Tatiana plays the lead character Sarah Manning. 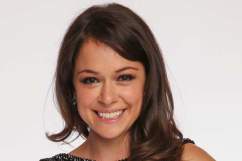 2. Jason Priestley is Directing Her Next Project

Cas & Dylan with Tatiana Maslany stars Richard Dreyfuss as an ailing man who goes on a “lam” with a young woman (Tatiana Maslany). Beverly Hills 90210 star Jason Priestley is actually directing the project.

3. The Girl is Canadian Through and Through

4. She’s An Improv Kind of Girl

Tatiana Maslany is actually a pro when it comes to improvisational acting. In fact, she’s an alum of the Canadian Improv Games and actually did comedic improv for over 10 years. We wonder if we’ll see her on any of the new episodes of Whose Line is it Anyway. 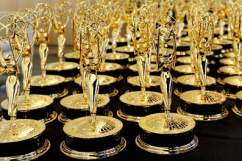