Thomas George Paculis, 62, has been arrested by the FBI charged with an attempted extortion plot against disgraced TV chef Paula Deen, reports WSAV.

According to reports, Paculis was allegedly chasing a quarter of a million dollars from Deen in exchange for not revealing “true and damning” statements made by the chef. Paculis was arrested on the morning of July 5 by Albany FBI in Newfield, New York. TMZ reports that agents cite an email Paculis sent and a subsequent phone call as evidence for the attempt.

The email he wrote, which was sent to Deen’s lawyer, Greg Hodges, read:

The investigation into Paculis involved agents from New York state, where he currently lives, and agents in Savannah, Georgia, where he’s originally from. He will make his first court appearance in Savannah on July 16. If found guilty, the penalty for extortion could result in two years in prison. 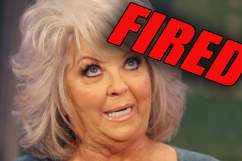 Paula Deen Fired From The Food Network After Racist Storm

2. He Has Been Adamant That Deen is ‘Raceist’

On his Facebook page, Paculis entered into a debate about the Paula Deen racism scandal:

3. Paculis is a Restaurant Owner

Like Deen, Paculis owns a restaurant in Savannah, the Troup Square Cafe. A 1995 article on him in the Savannah News Press, mentions, also like Deen, that Paculis is an avid collector of cook books.

Before going into the food business, Paculis worked as an EMT in Savannah.

In 2004 Paculis was in trouble with the law, The Augusta Chronicle reports: 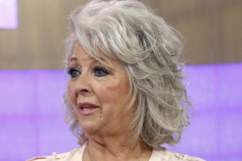 Based on his Facebook postings, Paculis believes that the birth certificate President Barack Obama produced was false.