Perhaps the most highly regarded TV show of all time, Breaking Bad has become a cultural and social phenomena not just on TV screens, but also across the Internet. The rabid fanbase of the show hungers for the final eight episodes of Season 5, which will premiere on August 11th at 9P:00PM ET on AMC.

With a few weeks of anticipation to get back to the final adventures of Walter White and Jesse Pinkman, here’s five of the best Breaking Bad parody videos throughout the web.

If you haven’t seen Breaking Bad, please make sure to catch up beforehand, as these videos contain MAJOR SPOILERS.

Developed by animator Brian Anderson as a fan parody, Lego Breaking Bad: The Video Game recreates an iconic scene in Breaking Bad in a humorously morbid Lego fashion. Created in the style of video game developer Traveller’s Tales’ Lego video game tie-in’s, the adult content mixed with the playfulness of their Lego universe makes for a hilarious watch.

If you’re over thirteen, or if you’ve ever watched daytime TV, you’ve probably seen at least the intro to a good old fashioned 90’s sitcom. Taking the darkness and moral ambiguity of the Breaking Bad universe, and juxtaposing it with the corniness of the 90’s is totally genius, and works wonders in this Breaking Bad parody.

The second comprehensive Breaking Bad video game parody, Breaking Bad 16 Bit RPG plays through the trials and tribulations of Walter White’s life as a meth cooker. This one spoils the first four seasons, so if you haven’t seen them yet, you should go take care of that. Otherwise, watch on Breaking Bad fans!

Not nearly as well known as the other Breaking Bad parodies, Fixing Good is a British-style parody of the show with decidedly wry British humor. While the acting itself is not exactly fantastic, the set up and payoff of the comedy skit is downright hilarious, and this is definitely one worth watching. Also, it features fictionally fictional (as in not actually in Breaking Bad) drug kingpin Bertie Mcdoogle, so that in itself is a reason to check it out. 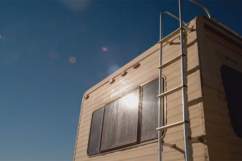 5. “We Are Never Ever Gonna Cook Together”

Sounding arguably better than Taylor Swift’s ‘We Are Never Ever Getting Back Together,‘ this Breaking Bad and Taylor Swift parody deals with the much realer sometimes bromance, sometimes outright hatred between Walter White and Jesse Pinkman, which developed into the current situation in the series due to the events at the end of the first half of Season 5.

The country pop star never sounded better when being satirized from the mouths of a skinny Walter White and an Asian Jesse Pinkman, who, as it turns out, will not be cooking together forever. 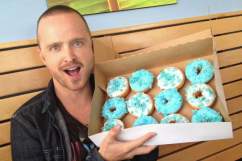