The Marvel Panel at San Diego Comic Con was an impressive one this year. Most exciting was the announcement of ‘The Avengers: Age of Ultron’.

As a nice surprise at the very end of the Marvel panel, Joss Whedon came out to show a very early teaser of the sequel ‘The Avengers’. In addition, it was revealed that the film will be coming out May 1, 2015.

Ultron is coming to Joss Whedon’s Avengers sequel in 2015 – and here’s the official logo pic.twitter.com/rwftsNfpmh

As far as cast members returning, according to Deadline:

It looked like all will be back though there was no mention of Vin Diesel, who is rumored to be in line to play The Vision. 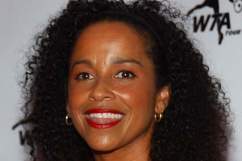