Fans lament as Amanda Bynes’ mental health goes down the drain — her freedom along with it.

I think I feel bad for Amanda Bynes now.. http://t.co/6PcdKdtCcZ

According to recent reports by TMZ, Amanda Bynes was supposed to get transported from her psychiatric ward into court today for a hearing that would ultimately determine whether or not she will be getting her freedom back anytime soon. Reports say her intent was to stand before the judge and convince him that the conservatorship her parents are seeking over her is not necessary. BUT — just when it seemed Amanda had a chance to free herself, doctors reportedly cancelled her meeting with the judge AND requested a 30-day hold on her for further mental evaluation.

The source confirms, on account of the doctors’ emergency request, Amanda’s judge reportedly traveled to the hospital she is at and granted the requested 30-day extension. We worry about Amanda’s state since doctors felt the need to call the extension on Bynes’ hold so quickly.

Apparently, such a request can only be granted if a patient is “gravely disabled.” Could Amanda’s mental health be rapidly declining like doctors say?

The source also reports, the judge’s main focus during what was supposed to be Amanda’s hearing today was to gain a sense of her mental stability. That, ultimately, would have determined Amanda’s fate. But, Amanda’s next court date is on September 30 — so, hopefully things will start looking better for her by then.

Hang in there Amanda! 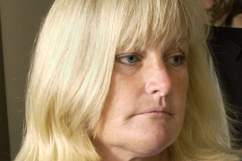 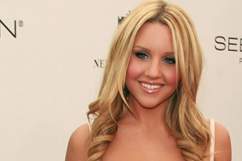 Read More
Amanda Bynes, Celebrities, Court house, Medical, Twitter
Amanda Bynes was to attend a court hearing today but it was cancelled as doctors claim she is mentally incompetent and disabled. She was granted a 30-day hold.