Transgender TV and Internet personality B. Scott filed a multi-million dollar lawsuit for discrimination yesterday against BET and parent company Viacom. You may have seen B. Scott on this season of Chef Roble & Co. on the Bravo network and now you’re seeing him in headlines. Have a look at the court documents, Scott’s open letter about the incident, and more in our 5 Fast Facts.

1. BET Is Being Served With a Hefty Lawsuit

On a recent style gig for the 2013 BET Awards this past June, internet and TV personality B. Scott found himself in an uncomfortable situation. B. Scott claims to have suffered discrimination against gender identity as well as sexual orientation and BET is now faced with a $2.5 million lawsuit. As listed in the official press release on PR Newswire, Brandon Sessoms (B. Scott) is:

seeking to hold Black Entertainment Television (“BET”) and its parent company Viacom responsible for gender identity, gender expression and sexual orientation discrimination stemming from the disparate treatment he received while working as a Style Stage Correspondent for the BET Awards Pre-Show held June 30, 2013.

Any form of discrimination is wrong and has no place in the work environment, in Corporate America or in Hollywood.

So, what happened exactly for everything to come to this point? According to the press release:

During the 2013 BET Awards Pre-Show, B. Scott was pulled from his hosting duties after being told his transgendered appearance was ‘unacceptable’.

Yikes. Well, atleast B. Scott is standing strong and confident. See the star speak out via Twitter in the below tweet.

You can't let other people tell you who you are. You have to decide that for yourself.

2. B. Scott Gives The Entire Run-down of What Happened

Don’t fear the enemy that attacks you, but the fake friend that hugs you.

After the unfortunate incident with the BET network, B. Scott put together an entire run-down from start to finish of what took place. Check it out word for word.

BET reached out to me to be the Style Stage Correspondent for the 2013 BET Awards 106 and Park Pre-Show. I’ve previously appeared on BET’s 106 and Park twice. On both occasions, there was never an issue with my appearance or how I chose to express myself. Ever.

The powers that be for this show wanted “B. Scott”…but not really. From the beginning, I wanted to make this work. I even tried to secure Chris Brown’s stylist to help me in putting together an appropriate ensemble. Unfortunately BET couldn’t afford him and instead sent over their own stylists to work with me.

After a few weeks of sending over mood boards and going over approved looks, we decided on a few options. All of which were generally more masculine than what I would wear if I were able to decide on my own. Blazers, long sleeved dress shirts, black pants, loafers.

We didn’t know at the time that Los Angeles would be in the middle of a record heat wave, and the options we selected just weren’t weather appropriate. The day before the show I spoke with BET’s style team and we agreed that it was okay to have a more weather appropriate ensemble option.

Not only was it agreed upon among the stylists, I met with a producer of the show the night before and showed her the ensemble. She said it was acceptable and requested I send over a picture so that she could forward it to whomever she needed to. The picture of the complete outfit was sent over and everything was fine. At all points during this process, everything I was going to wear or considering wearing was both discussed and approved. According to BET, everything had to be approved because I was hosting sponsored segments and the sponsors needed to be comfortable.

The morning of the show I arrived on set at 10am for rehearsals. During rehearsals I sent the new outfit over to wardrobe to be steamed. Everybody involved in the process knew what I was wearing and began preparing the pieces accordingly.

As I was getting ready (hair, makeup, wardrobe), various members of the production team were in and out of my trailer making sure I had everything I needed. A producer visited my trailer as I was getting my makeup done. Another producer was there when I was getting my hair straightened. They were even there outside waiting as I was putting on the finishing touches of my outfit.
After rushing to make it to the red carpet in time, I was escorted by several members of production down to the stage. Everybody I spoke with commented on how fabulous I looked. There was never any indication that there was an issue. There was no pushback. I was simply there to do my job.

After interviewing AJ Calloway for my first segment I was literally yanked backstage and told that my look from head to toe “wasn’t acceptable.”

Let’s be clear, I wasn’t wearing a ball gown and stiletto heels. I was wearing long pants, and a long shirt.

I was returned to my trailer and forced to change into one of the other outfits while other producers waited outside. I changed quickly and returned to set, only to be told that I had been replaced by Adrienne Bailon and wouldn’t be going on at all.
I was hurt. I am hurt.

A consultant from Procter & Gamble (the company who sponsored the BET Style Stage) watched the entire incident play out. She came over and offered her words of support and encouragement. Her words, ‘We at Procter & Gamble support you and we do not agree with what BET is doing to you’ were extremely comforting. She also explained to me that someone made the call to have me pulled, and that it was the wrong call.

After all, the sponsor approved B. Scott and were expecting B. Scott from the beginning.

I’m not sure what happened, but there were some internal phone calls made and as a result I was added back to the show.

I feel as though at the last minute that someone at BET wasn’t comfortable with someone like me.

It’s not just about the fact that BET forced me to pull my hair back, asked me to take off my makeup, made me change my clothes and prevented me from wearing a heel. It’s more so that from the mentality and environment created by BET made me feel less than and that something was wrong with who I am as a person.

I want to thank everybody at BET who supported me and fought for me to be on this red carpet.

Thank you to all of my love muffins who have shown support in various ways.

I initially didn’t want to talk about this situation because I was truly embarrassed. But, I feel that it’s important to know that no matter how you choose to express yourself, it is okay to be who you are.

Wow. Here’s to B. Scott and his bravery to stand up for his rights. 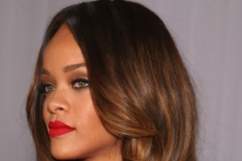 3. Transgender Supporters Are Rallying Around Scott

Though BET execs may not be on his side, there are a ton of fans and supporters out there who are completely on his side.

4. An Second Open Letter Has Been Posted on B. Scott’s Website

Have a look at how B. Scott is continuing to stand up for his beliefs in the open letter below.

I’m sure by now you’re aware of an unfortunate incident that occurred while I was serving as Style Stage Correspondent for the 2013 BET Awards Pre-Show. After sharing my open letter with the world I’ve received tons of support from family, friends and love muffins for which I’m truly grateful.

While I want nothing more than to put this incident behind me and move on with my life, I still wholeheartedly believe that I’m entitled to a true public apology. BET’s non-apology statement added more insult to injury. What happened to me was not a ‘miscommunication’ nor was it ‘unintentional’. It was wrong. I have been vehemently trying to come to a resolution with BET and Viacom behind the scenes. After a few weeks of back and forth dialogue with no foreseeable resolution, I have filed a lawsuit against BET and its parent company Viacom for discrimination on the basis of gender identity, gender expression and sexual orientation..

Over the years my love muffins and strangers alike have questioned me about my gender identity. What IS B. Scott? As a society we’ve been conditioned to believe that a person has to be ‘exactly’ this or ‘exactly’ that. Biologically, I am male — as my sex was determined at birth by my reproductive organs.

However, my spirit truly lies somewhere in between. It is that same spirit that has allowed me to become so comfortable in my skin, choose how I express myself, and contributes to how I live my day-to-day life.

Transgender is the state of one’s gender identity (self-identification as woman, man, neither or both) not matching one’s assigned sex (identification by others as male, female or intersex based on physical/genetic sex).
It is by that definition that I accept and welcome the ‘transgender’ label with open arms.

It is also by that definition that BET and Viacom willingly and wrongfully discriminated against my gender identity during the 2013 BET Awards Pre-Show.

Let’s be clear — I’m suing BET and Viacom for a true public apology and to be fairly remunerated for the time lost, humiliation and emotional distress this entire situation has put me through.

If you find this whole ordeal inspirational in any way, share it!

5. The Court Documents Hold Six Complaints and Demand a Jury

According to the documents, there are actually six complaints being filed: discrimination based on gender identity/gender expression, discrimination based on sexual orientation, violation of the Unruh Civil Rights Act, breach of contract, wrongful termination in violation of public policy, and intentional infliction of emotional distress. In addition, it’s been noted that a jury trial has been demanded.

For the rest of the court documents, feel free to visit B. Scott’s website Love B Scott.