Just this Monday, Usher’s son Usher Raymond V almost drowned in his aunt’s swimming pool. The 5-year-old was reportedly playing when his toys fell to the bottom of the pool, and he dove in after them. The chaos began when he reportedly got stuck to the drain at the bottom of the pool, and couldn’t break himself free. That is — until two heroes dove in after him and released him. Scroll down to find out more!

1. Ben Crews Was One of The Men That Saved Usher Raymond V

Ben Crews and Eugene Stachurski are the names of the heroes that dove in after Usher Raymond V to save him from drowning. According to TMZ, the men are audio-video workers who were working inside the house when they heard the screams of Usher Raymond’s babysitter, and ran to the scene.

2. Usher Gave The Heroes a Shout Out

The source also notes, Usher recently released a statement to the media that read:

I would especially like to thank the two men who saved my son’s life, Eugene Stachurski and Ben Crews. They are true heroes and I am deeply grateful to them.

Usher’s kind words were well deserved of the good samaritans who saved his son.

3. Crews Doesn’t Expect Anything In Return For His Deed

#Usher may sing at hero's wedding for saving his sons life>>… http://t.co/mriGE1QEme

The good guy that he is, Crews’ mother told sources her son doesn’t expect any money in return for his touching deed. He was simply in the right place at the right time, and did the right thing. However, that isn’t to say she doesn’t have other things in mind…

4. Crews’ Mother Wants Usher to Perform at His Wedding

As it turns out, maybe there is one thing Usher could do for hero Ben Crews in return for saving his son… As a thank you, reports say Crews’ mother — Leigh Crews, thinks it would be a nice idea for Usher to sing at her son’s upcoming wedding in a week. She thinks it would be very special to him, his wife and everyone else at his wedding if Usher agreed to sing a few songs for them. After all, it’s the least he could do after Ben saved the singer’s son! So far, the source adds, there’s no word from Usher on the matter.

Congrats to Crews on getting hitched!

Do you think Usher will take mama Crews' suggestion and perform at the hero's wedding? 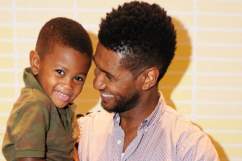 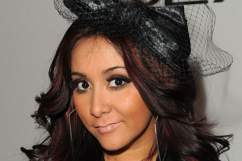 Read More
Celebrities, Money, Pool, Twitter, Usher, Weddings
Ben Crew was among the two heroes that were recognized for saving Usher's son, Usher Raymond V, when he almost drowned in a pool on Monday.