The Expendables 3 is getting crazy and it hasn’t even started filming yet. Just yesterday, head honcho Sylvester Stallone sent out a couple tweets that really heated things up. In the tweet below, Sylvester Stallone says that Bruce Willis is out of the movie and he’s excited for Harrison Ford to be on-board.

Then, Stallone sends out a tweet calling someone “greedy and lazy”. After speculation, The Huffington Post confirms that Stallone’s reps admit the tweet was in reference to Bruce Willis.

GREEDY AND LAZY …… A SURE FORMULA FOR CAREER FAILURE

No further comment was made, which is unfortunate as Willis starred with Stallone in the first two films with Arnold Schwarzenegger, Jason Statham, and Terry Crews. By the looks of it, though, other cast members are excited and ready to start filming this month.

Milla Jovovich, Mel Gibson, Jackie Chan, and Wesley Snipes are said to possibly be joining the cast as well. Let’s cross our fingers. 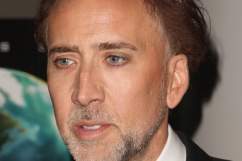