Boy band One Direction has joined English soccer team Doncaster. What does this mean for the band and where did this whole idea come from? Check out the 5 Fast Facts right here!

1. Louis Tomlinson Has Signed on to the Doncaster Rovers

The Doncaster Rovers are actually Tomlinson’s hometown team. They’re in the second tier called “The Championship”, which is a level below the Premiership.

Check out some of Tomlinson’s moves on the soccer field in the video below.

2. Tomlinson Will Not Actually Be Playing in League Matches

According to One Direction’s website, you may not see him on the field of Keepmoat Stadium. He’ll be able to appear in Rovers colors during the season in order to help a charity called Bluebell Wood.

@VERiFiEDlatest @Louis_Tomlinson Thank you! all our children and families are amazing & will be thrilled by this latest news!

In fact, this whole thing began at a charity match last season, where Louis played at the Keepmoat Stadium. After chatting with the chairman and manager of the club, they were able to come to a friendly agreement.

3. Tomlinson Will Remain With One Direction

Louis Tomlinson has signed a pro contract for doncaster , does that mean he's out if the band or they've split !

Some fans are worried that this news will split up the band, but have no fear. Tomlinson will not desert his band-mates. In fact, this news may even boost sales for the band, which we’re sure is what they’re hoping. Nonetheless, it’s not like this popular boy band needs any help in the sales department.

In fact, they have a movie coming out at the end of this month! Check out the trailer for 1D: This Is Us below.

4. Jersey Number 28 Will Belong to Louis

Tomlinson will have the squad number 28

For the season, Louis will be wearing the number 28 on his back as he plays for his hometown “football club” the Doncaster Rovers. The Rovers should start marketing that number right away because Louis Tomlinson already has soccer fans.

A jackpot for Bluebell Wood charity and the Doncaster Rovers.

5. This Has Been a Dream for Louis Since He Was a Child

This has always been a childhood dream for me. I feel very honoured to have been asked to sign for Rovers and being able to help both the club and the amazing charity Bluebell Wood is what it’s all about. 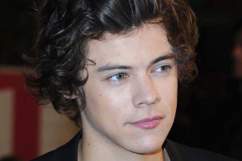 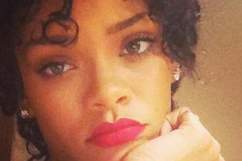