Actor Terrence Howard may be in some hot water after being accused of domestic violence against his ex-wife Michelle Ghent. Check out our 5 Fast Facts about the incident and the former Mrs. Howard.

1. Michelle Ghent Showed Up With a Black Eye in Court

According to TMZ, the star got into an altercation with ex-wife Ghent while in Costa Rica on a family trip last week. Though the couple divorced just this past May, it seemed as though they were seeing each other once again. In any event, the two supposedly engaged in an argument that led to Howard beating Ghent, so she says.

On a side note, Ghent showed up to court today sporting a nice, shiny black eye.

If you're shocked to hear this news, share it!

2. Howard Got Maced, Along With His Family Members

Sources say Terrence made up the mace story to cover his brutality. Other sources connected to Terrence say Michelle is lying about the actor physically abusing her.

Well, the police came and reports were filed, so we’ll have to see whose case holds more water.

Ghent had previously claimed that Howard began being violent towards her just a week after they tied the knot. Her horrible claims included smacking her in the face and chipping her tooth with his wedding ring; throwing her down to the ground in a parking lot; telling her, “I’ll hit a woman quicker than I’d hit a man”; saying, “If you tell anyone about my personal business, I will kill you and no one will ever know; and screaming, “B*tch, walk home. That’s my car, I pay for it.”

In response, Howard filed papers to deny his now ex-wife’s claims against him as well as state some of his own, saying that Ghent was trying to blackmail him for money.

4. A Restraining Order Has Been Granted

Terrence is forbidden from coming within 100 yards of Michelle pending another hearing later this month. He is also barred from contacting her in any way.

Terrence Howard’s request for a restraining order was denied.

5. The Couple’s Divorce Was an Ugly One

It was stated on TMZ that Howard pretty much came out on top, but things got pretty nasty.

You’ll recall, Michelle filed for divorce in February 2011 — a year after their wedding — and the split was nasty … with Michelle accusing Terrence of viciously beating her … and Terrence accusing her of being a disgusting racist.

Regardless of the dirty details, in the end, Howard got to keep both houses in Pennsylvania and all 25 of his bank accounts, in addition to taking back his Range Rover from Ghent. The only thing Howard had to do was agree to pay $5,800 a month in spousal support for three years. Nonetheless, if these battery charges do not work out for Howard, he may have to pay big time … and we’re not just talking about money. 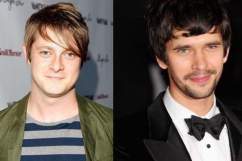