Ladies and gents, you are about to see something hilarious …

Has everyone seen this hilarious Mumford and Sons parody yet? http://t.co/tu0VXdQMDu

According to VH1, Mumford & Sons has feeling a little dry lately… at least on the comedy side of things. As the source reports, the band has been more than proud of their accomplishments in the past few years… from winning Grammy awards to making headlines all over the globe. Except, they don’t think they’re very funny. And, although we do love them they kind of have a point. Way to bounce back, fellas! 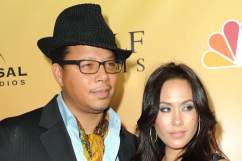