It looks as if Paris Jackson is recovering quite well after her attempted suicide. The first photos of Paris out and about since she tried to take her own life earlier this summer have emerged. Check out Paris having a great time at a private therapeutic boarding school in Utah, according to Radar Online. Apparently, she’s been living there since mid-July under the name “Frankie”.

The photos were snapped on July 18, 2013 at the school’s graduation ceremony. And, apparently, Debbie Rowe is furious that these photos of her daughter were released. She now plans to sue whoever leaked the photos. TMZ reports that Debbie Rowe told friends:

These people, including some websites, are screwing with my daughter’s ability to get better. 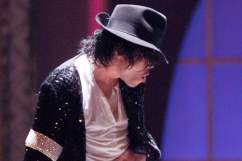