Country superstar Randy Travis was finally released from the hospital on Wednesday, but transferred to a physical therapy facility to finish out his recovery, reports TMZ.

While the 54-year-old singer is not going home just yet, the move is a big step for Travis, who has been treated at Baylor Heart Hospital since July 7 for cardiomyopathy with a condition that enlarges and weakens the heart. He also suffered from a stroke three days after he was admitted to the hospital.

It is unclear how long Travis will have to undergo physical therapy.

His publicist said in a statement that Travis had left Baylor Heart Hospital in Plano, Texas, for an unspecified rehabilitation center.

“Thanks to all the fans and friends for your continued prayers and support as Randy continues on the road to recovery,” said Travis’ fiancée Mary Davis. 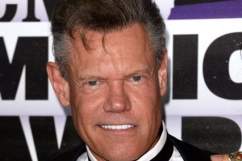