Actress Karen Black has lost her battle with cancer and passed away. Have a look at some of the thoughts on Twitter from fans and celebrities as well.

HOLY SHIT! Karen Black has passed away. i am deeply saddened by this news. #RIP Karen Black

“@GregSmeltzer: @kirstiealley Kirstie darlin did you ever get to work with Karen Black?” I worked for Karen as an interior designer..xxxoo

If you think your friends remember Karen Black, share it!

Just read about the passing of Karen Black. From Oscar caliber to B madness, that woman was fucking harsh. Respect. 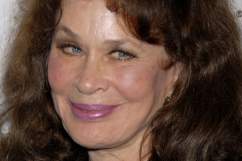 I never had the pleasure. RIP. RT @chrispj53: @StephenCollins Did you ever work with Karen Black? Lost her today – great actress.

my thoughts and prayers go out to the family and friends of Karen Black. Wonderful actress! May she Rest In Peace!