Big Brother contestant Spencer Clawson is currently under fire for making some pretty disturbing comments about child pornography, and has even been investigated by police as a result. Here’s what you need to know.

While fellow houseguest McCrae Olson was in the shower, Spencer Clawson took his microphone and seemingly joked about child pornography.

Spencer was speaking with Andy Herren and Amanda Zuckerman, who both looked extremely uncomfortable. The subject was changed after Herren exclaimed, “Oh God.”

Check out the clip above.

Clawson learned the hard way that it is never okay to even joke about child pornography. TMZ reports that as a result of his disturbing words, Clawson’s hometown police paid a visit to his home in Arkansas to investigate.

3. CBS Made a Statement Regarding the Remarks

“Big Brother is a reality show following a group of people who have no privacy 24/7, and seeing every moment of their lives,” CBS said in a statement to E! News. “At times, the Houseguests reveal prejudices and other beliefs that we do not condone. We certainly find the statements made by Spencer on the live Internet feed to be offensive. Any views or opinions expressed in personal commentary by a Houseguest appearing on Big Brother, either on any live feed from the House or during the broadcast, are those of the individual(s) speaking, and do not represent the views or opinions of CBS or the producers of the program.”

CBS CEO Les Moonves also recently addressed the controversy surrounding Big Brother, admitting he is “absolutely appalled” by some of the contestants’ behavior.

“Big Brother obviously is a social experiment, it always was,” Moonves said. “It was established as a social experiment and clearly that’s what’s happening this year. I find some of the behavior absolutely appalling personally. What you see there unfortunately is a reflection of how certain people feel in America. It’s what our show is. I think we handled it properly. A lot of it makes us uncomfortable. I’ve watched every episode of the show; obviously my wife (Big Brother host Julie Chen) would kill me if I didn’t. So I do know what’s going on there and we do discuss it quite a bit. I think we are handling it quite appropriately. We did not comment on some of the racial things being said until it started affecting what was going on in the household. There was a lot of chatter about it on the Internet and I think we’ve handled it the way we should have.”

Clawson, 31, was born in Conway, Arkansas and is a railroad conductor. In his biography on the Big Brother website, he describes himself as, “highly competitive, assertive, very funny but I’m also polarizing.”

5. This Isn’t the First Time This Season of Big Brother Has Seen Controversy

Season 15 of Big Brother so far is turning out to be the most controversial yet. Houseguests Aaryn Gries and GinaMarie Zimmerman made headlines—and lost their jobs—after using discriminatory slang overheard on the live feed. Gries was heard using a homophobic slur towards Herren, while Zimmerman was caught using a racial slur. Those are just two examples of an exhaustive list, which can be read here. 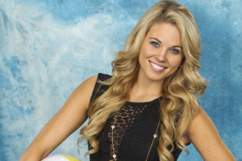 Read More
Big Brother
"Big Brother" contestant Spencer Clawson is under fire for making disturbing comments about child pornography, and has even been investigated by police.