A suicide has occurred at the Florida home owned by Grease star Olivia Newton-John, reports WPBF’s Chris Shepherd. According to WPTV the deceased person is a male who shot himself in the head. He is reported to be a 42 male.

1. Neighbors Have Said John Has Not Been at the Home Recently

She reportedly lives in Florida with her second husband, John Easterling, the founder of Amazon Herb Company. The couple were married in June 2008. The house in question is in the town of Tequesta at 104 Lighthouse Dr, Jupiter, FL 33469 (above); it’s unknown if this is the same home nor is it known if she is at home presently.

Chris Shepherd, a local reporter, tweeted that there’s been a suicide at the home, but he doesn’t know if she was home. Reports from WPTV say that John was out of town with her husband. The couple had contractors working on the house. According to some reports, a contractor was seen crying when he left the house.

We have a reporter going to the scene of the Tequesta shooting. No word on injuries. No word on whether Olivia Newton John is even there.

According to The Palm Beach Post, the suicide will be investigated by the Jupiter PD.

Jup Pd says a man died in the home and is not related to the homeowners. He does not live in the home either

2. Her Daughter Released a Suicide Themed Video in 2011 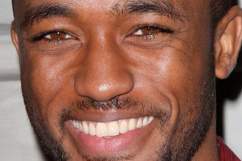 3. John Has Had a Difficult Year

At the scene at a possible suicide at Olivia Newton-John's residence in Jupiter.. pic.twitter.com/KVpSsLWM5u

Earlier in 2013, it was reported by The Daily Mail that John had taken anti-depressants after her boyfriend, Patrick McDermott, disappeared while on a fishing trip on the California coastline in 2005. Rumors were persistant that McDermott had faked his death in order to disappear.

In July, her sister, Rona, lost her battle with brain cancer, dying at age 70.

Another pic from house from @wpbf_tedwhite. Some preliminary info coming in, but that info is not confirmed. pic.twitter.com/m55MFtCCi7

4. Rosie O’Donnell Was Set to Buy the Home According to Reports

On way to reported suicide on Lighthouse Drive in Jup Inlet Colony. House is owned by Olivia Newton-John, according to property appraiser.

John and her husband announced in May of this year that they would be selling their house in Jupiter Florida for $6.2 million. They moved into the 5,500-square-foot house after they married in 2008 and spent an upwards of $2 million on renovations. It was recently announced that Rosie Odonell is on track to purchase the home.

#BREAKING Reported shooting at the Tequesta, FL home owned by Olivia Newton John. House was put up for sale in May.

Rosie O’Donnell is reported to be under contract to buy the home, reports The Palm Beach Post. 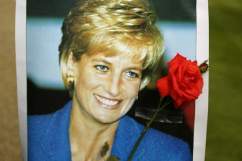 5. Neighbors in the Area Include Tiger Woods and Kid Rock

Jupiter Inlet Colony is a coastal community in Palm Beach with around 360 residents and 240 homes.