Pippi Longstocking is coming into your …. Well, anyway. Star of the 1988 film The New Adventures of Pippi Longstocking apparently now has a sex tape? According to TMZ, the actress has shot a somewhat recent sex tape with an unidentified male and now it’s finally been released. At first, Erin wanted to block the tape from being released, but eventually embraced the opportunity. Now it seems, she’s really gotten into the lifestyle. Check out the above clip of the intro to Erin’s sex tape.

In case you can’t quite remember Tami Erin as the slightly odd, freckle-faced red-haired girl, check out the trailer to the film below.

And, for those of us who remember Pippi like it was yesterday, enjoy the “scrubbing day” scene below.

For others who grew up watching Pippi Longstocking, their childhood hearts are saddened by the sex tape news.

Let’s go back to how Erin originally felt about her sex tape … Tami Erin was outraged about the sex tape news. Check out the video of the star calling into TMZ saying she will fight for this tape to not surface. Erin insists it was a private tape and she’s beyond angry at her ex-boyfriend who allegedly is shopping the tape.

Since her chat with TMZ, Erin has had a change of heart because she’s “tired of fighting” and wanted to beat her ex to the punch of selling it. 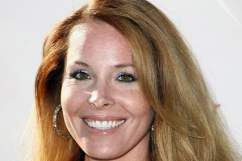