The Impractical Jokers, also known as The Tenderloins, are debuting the second half of their Season 2 episodes tonight! Check out the Top 10 Facts on my exclusive interview with the guys, which features inside info from this insanely hilarious round of new episodes premiering tonight, behind-the-scenes details, and big news right here!

There’s nothing like a clip of the new episodes to get you “amped” for the second half of Season 2, which premieres tonight on TruTV. In case you haven’t heard of the amazing show Impractical Jokers, I’ll fill you in a little. Four best friends (Murr, Q, Sal, and Joe) perform and give out “uncomfortable missions” or dares in a hidden camera show. The tasks are scary, hilarious, cringe-worthy, and humiliating. In other words, superbly satisfying to watch. The best part is the bond the four guys share as they know which buttons to push and how to make fun of each other as they laugh through it all.

At the end of each episode, whoever performs the worst is made to carry out a “punishment”. It can be pretty brutal. Here’s a compilation of some of The Impractical Jokers’ punishments.

2. We Have a Great First Episode Spoiler For You

So, I chatted with joker Q and he let me in on some inside information about our dear friend Murr in the new episode. Well, apparently prankster Joe has actually lost, but they trick Murr into carrying out the episode’s punishment. Poor “Old Murr”. Anyway, the group dresses Murr up as a human pinata, stuffing him and raising him in the air over Union Square by crane. Then, they lower him and unleash a ton of kids with bats. You can guess what happens next. Tune in to the show to see it for yourself.

3. National Orgasm Day Was Yesterday and the Guys Were Very Excited

For those of you who don’t know, yesterday was National Orgasm Day, which coincidentally fell on Hump Day. Oh joy! In any event, when I told the guys this, they were quite excited. They even mentioned it in the beginning of their show at Bethlehem’s Sands Events Center last night. (Thank you. Thank you. No applause.) Check out this full interview with Sal, Murr, and Joe, which features their excitement as well as a fun dialogue with the guys and info on their current goings-on.

And, in case you’re wondering where Q is, he was stuck in traffic for this one and was super bummed. But, don’t worry. I caught up with Q, as well as Sal, the week before and got a chance to chat all about the other guys … and the show too.

Oh, and don’t let the guys fool you with their lack of knowledge about how to celebrate National Orgasm Day. They know a thing or two about these kind of “holidays”. Exhibit A below.

4. Celebrities Will Be Doing Cameos in New Episodes

Apparently, there will be a couple celebrities making appearances on the show this season. They will be participating in the “punishments”. We hope there’s spanking involved.

5. The Guys Have Big News For Viewers

So, what’s the big news? Hmm … where do I begin? Well, the guys have been OK’d for a Season 3! Plus, they’re about to announce a whole new tour! Last night was the last show on their Summer Tour and a Fall/Winter Tour is all ready for you! Dates are coming out soon!

6. Their Nationwide Tour is Unbelievable!

7. Comic Books Are Their Latest Venture

That’s right. The guys have a comic book out. They even attended San Diego’s Comic Con this year and they loved it! So, when I asked them why they decided to do a comic book, the deep and sincere answer they gave me was, “Why not?!” If you’re looking to pick up an issue of one of these bad boys, visit the Impractical Jokers Facebook page, where they have a giveaway going on.

8. The Jokers Pranked Me

So, I’m minding my own business, driving down the streets of Manhattan on a nice day last year and some guy comes up and spits on my windshield. Check it out. (Hint: I’m the blonde one around 52 seconds into the clip.)

9. Red Roof Inn Motels Are Not For Everyone

While on tour, the guys have had to stay at many hotels and motels. But, on their trip to Joliet, they let Murr make their reservations. And what do they find at the Red Roof Inn? A tranny hooker in the lobby, a crack pipe in Q’s room, and … well, just watch the video.

10. There’s an After-Party and You’re All Invited

The guys not only have been green-lit for a Season 3 and whole new set of tour dates, but they’ve also been OK’ed for a whole new show called The After Party. The show will basically reflect on behind-the-scenes moments and scenes that will make you laugh so hard that you cry. One thing that Sal said about how they created the new series was that they asked themselves an important question.

How can we showcase ourselves in a different way?

Well, according to the network execs, they succeeded. Stay tuned for The After Party info soon! 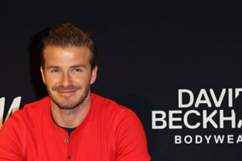