Vince Young was set to workout for the Green Bay Packers today, but word just broke that the practice has been cancelled. What does this mean for the former quarterback, whose debt and big spending has been making headlines lately? Check out our 5 Fast Facts here!

1. Young Goes in for a Workout With Green Bay Today

Packers News reports that Young will be coming in today for a workout.

Packers general manager Ted Thompson closely scouted Young and was extremely complimentary of his work after leading the University of Texas to a national title with a 41-38 victory over the University of Southern California in the 2006 Rose Bowl.

Well, it looks like the Packers have had their eyes on Young for a while now. In fact, Thompson said:

The more I watch him now, the more I realize that I haven’t seen anyone quite like him … Usually, when you’re scouting a player, you think to yourself, ‘He reminds me of so-and-so.’ But in this case, Young doesn’t remind me of anyone. He seems to be one of a kind. The more I watch him, the more I just scratch my head and wonder how he did that.

Vince Young got quite a wake-up call Monday morning — from Harris County deputy constables armed with court papers to enforce a $1.7 million judgment against him.

Police took inventory of his Houston home, listing furniture, art, jewelry, cars, and anything else of value. He’s supposedly allowed to keep $60,000 in personal property as “exemptions”. The rest, however, will have to go up on the chopping block. Perhaps, his new contract has saved him from having to auction off his belongings.

The $1.7 million was from a high-risk loan Young took out during the 2011 NFL lockout from the New-York firm Pro Player Funding. Young defaulted on the loan, Pro-Player took him to court, and obtained a judgment in July 2012. But ever since, Young has been fighting the judgment, claiming he didn’t know what he was signing and was duped by his former financial advisor Ronnie Peoples.

The attorney for Pro Player Funding, Sean Bellew, claims that they had been chasing Young for the last year to collect the funds he owed.

The former financial adviser for ex-NFL quarterback Vince Young says he arranged a seven-figure loan for Young during the 2011 lockout because the player wanted to throw himself a $300,000 birthday party even though he was running low on funds.

Young also apparently spent about $5,000 a week at the Cheesecake Factory and he loves T.G.I. Friday’s, where he once dropped $6,000 on a meal.

Vince Young reportedly ordered to auction off most of what's left of his possessions, never has Cheesecake Factory addiction cost so much.

4. The Packers Reportedly Have Cancelled Their Practice Today

The Packers cancelled their practice today. You think they're hiding from Vince Young? lol

So, what does this mean for Young’s tryout? Packers News states that:

The Green Bay Packers have cancelled Monday afternoon’s closed practice session and subsequent media availability roughly 12 hours after word spread about Bryan Bulaga’s significant knee injury. The team was scheduled to work a closed practice inside the Don Hutson Center with coach Mike McCarthy and the team speaking afterwards, but all of that has been scrapped with the next practice taking place on Tuesday at 8:20 a.m. CT.

If practice will be moved to tomorrow, then hopefully, Young just has to wait a day.

If the Packers sign Vince Young I buy the jersey. That simple.

Our mission is to gift http://t.co/nUMvtd1c5i. to every children's hospital in the country in the next year please help support Thanks!!!!!

Apparently, besides being a big spender and a seriously awesome quarterback, Vince Young has a great reputation for being a philanthropist. He gives back to his local community as well as to children’s hospitals. And, whether it was wise of him or not, a great deal of his debt was caused by treating others and paying for them.

Corpus Christi here we come to support @TexasExes Chapter’s Scholarship dinner event it's going to be great see y'all there!!!!!!!! HookEm

Had to throw that in there … 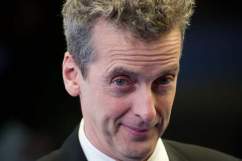