Andy Samuels suffered severe burns at One Direction star Liam Payne’s apartment Monday night in London. Here are the 5 Fast Facts on Samuels and his condition. Samuels tweeted about a barbecue in the clouds just a couple hours before the gas explosion on Payne’s balcony. We can assume he was referring to attending a barbecue at Payne’s.

1. Andy Samuels Is a Victim to a Gas Explosion 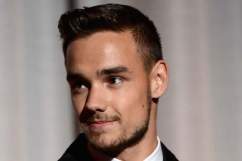 After an explosion on Payne’s balcony, Samuels was rushed to the hospital with 20% burns on his hands and face.

2. Liam Payne Was The Number One Fireman at the Scene

"I want to be a fireman because I like the idea of saving someone" #prayforandy pic.twitter.com/FeTvaJsLpW

Payne rushed right into action and ran right to his friend’s side, as well as took on the fire itself apparently.

Soon after the fire at Liam Payne’s apartment was reported and after word that Samuels was injured, One Direction fans showed their support in true 1D fan fashion. The hashtag #prayForandy started to trend.

4. Andy’s Girlfriend Has Been Keeping Fans in the Loop

Thank you so much for all of your lovely messages & prayers.On behalf of Andy's family & I we'd like you to know he is in a stable condition

Samuels and his family were very touched and his girlfriend Daisie Smith took to Twitter to extend her thanks. She also let fans know that Samuels is in stable condition.

5. Samuels Wants You to Ask Him About His Box

Samuels has a small clothing line called My Box Clothing. His Twitter Tagline is:

Wassup. Im Andy. I make t-shirts and stuff. Everyday is a weekend. Ya feel. 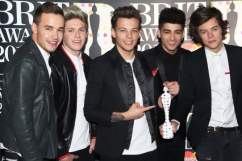