Everyone’s excited but sad for the series finale of Breaking Bad tonight … even some of Hollywood’s familiar faces. Check out the top 10 tweets from celebrities gearing up for the finale.

Starting an extensive stretching regimen. Then 30 minutes of meditation. All to prepare for #BreakingBadFinale. Gotta get focused.

Ahhh, heaven. About to sit down and catch up on the first 5 seasons of Breaking Bad before the finale airs tonight. 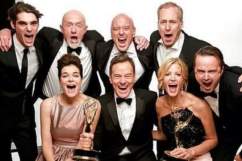 #GoodbyeBreakingBad So sad it's all coming to an end. Long live #WalterWhite 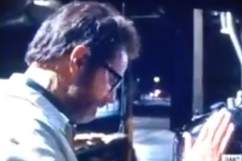 I need a breaking bad helpline. I don't know how to feel.i don't know anything anymore. what can fill this void!!? #goodbyebreakingbad

Really bummed that I'm 3 seasons behind on "Breaking Bad"…I'm gonna have to avoid the internet for like 3 weeks to avoid spoilers.