The animated film Free Birds‘ official movie trailer has been released. It’s about turkeys who go back in time to make sure they are no longer on the Thanksgiving menu. The film stars Owen Wilson, Woody Harrelson, and Amy Poehler. Sounds like a home run to me. Check out the trailer! 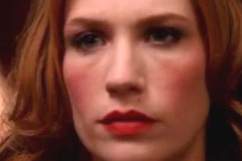