Back in August, Mack Maine was arrested on suspicion of sexual assault when the rapper invited two women onto his tour bus. The incident occurred on August 22, 2013 with alleged victims Rachel Reed and Cailey Maddox. TMZ reports that Maine:

put his hand down Rachel’s dress and grabbed her right breast” without her consent.

According to the court documents:

Rachel got upset and when she and Cailey tried to leave the bus, [Mack Maine] held the door shut … Once the door was opened, Cailey was walking down the steps but turned and looked back to call for Rachel and [Mack] punched her in the face, breaking her jaw and knocking her down.

Maine’s alleged actions result in two felony charges in the state of Oklahoma. 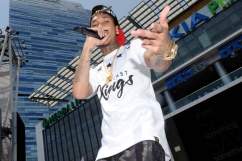 Gucci Mane Has HIV According to Rapper Tyga 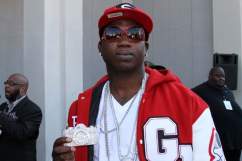