Is Miley Cyrus expecting a baby with rapper Juicy J? We have all the answers for you. Here’s the facts on what the real deal is … 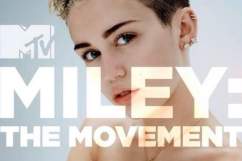 1. The Announcement Allegedly Came Out Last Night at the Filming of the BET Hip Hop Awards

Allegedly, it all went down last night at the BET Hip Hop Awards when Juicy J and Miley Cyrus made a big announcement on stage. CreamBMP.com reported:

“I assure you she’s been doing a lot more than twerking” said Juicy J before Miley Cyrus blurted out that her and the “Bandz a Make Her Dance” rapper were expecting.

2. Neither Miley Cyrus or Juicy J Were At the BET Awards, So the Story Can’t Be True

Miley Cyrus was reportedly not even at the BET Awards last night and neither was Juicy J. So, where is this crazy story coming from? The Inquisitr reports that the site CreamBMP.com made a huge mistake by putting out this story. They blasted the site saying:

CreamDMB.com will enjoy it’s meteoric rise and momentary boost in hits—hint: next time, have more ads before dropping a choice bombshell like this one. The rest of us will move on until the next ridiculous rumor sets the Web ablaze. 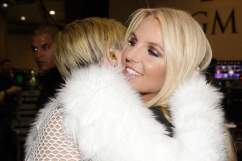 “She really broke my achy breaky heart” said Billy Ray Cyrus at first jokingly about the hit song he’s known for but then going on to say they’re are three things he thought would never be a part of his life; rap music, twerking and a black baby.

Let’s set the scene … When Miley made her pregnancy announcement on stage, the crowd began to burst into laughter. Then, Miley screamed:

Then, the mood changed and the crowd gave Miley a round of applause … Wasn’t that a nice story? Raise your hand if you think it really happened.

5. This Isn’t the First Time Miley’s Been Rumored to Be Pregnant 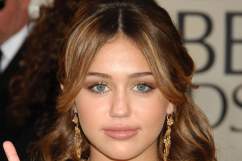 Miley Cyrus is Pregnant, Will Star on Show with Snooki, Sources Say

Not long ago, Miley supposedly tested positive with a pregnancy test when she and Liam Hemsworth were together. She was also rumored to be leaving a doctor’s office after a pregnancy scare this summer. Who knows if these were really true either? 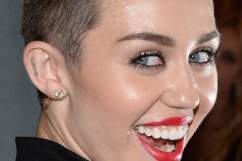 What do you believe?

For more crazy news on Miley, check out the links below: 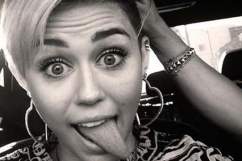 Miley Cyrus Promotes Drug Use: ‘Weed Is the Best Drug on Earth’

Read More
BET Hip Hop Awards, Billy Ray Cyrus, Celebrities, Juicy J, Miley Cyrus, Pregnancy, Rappers, Twitter
Miley Cyrus allegedly announced that she and rapper Juicy J are expecting a child. Is this true? We have the real answers for you right here. Check it out.