Above is the new extended main trailer for the upcoming film Gravity by visionary filmmaker Alfonso Cuaron. The film, staring George Clooney and Sandra Bullock, is one of the most tense and visually amazing films in years and critics and directors alike are giving it rave reviews.

Advanced reviews on Metacritic have the film at an outstanding 96 out of 100 and Rotten Tomatoes has the film at 100 percent. The Verge is even reporting that James Cameron, the mind behind 2009’s mega-blockbuster Avatar, has called the film “the best space film ever done.”

If you’re not afraid of space, suffocation, being out of control, being lost, or have crippling anxiety issues, go ahead and watch the trailer above. You won’t regret it. The film comes out on October 4. 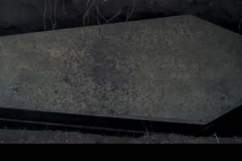 WATCH: ‘We Are What We Are’ Official Trailer With Ambyr Childers