Nina Davuluri has been crowned Miss America 2014. Check out the Top 10 Facts we’ve gathered on her to give you a little glimpse into the girl beneath the crown. 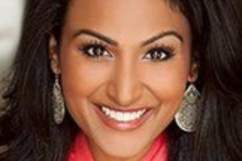 1. This Is the Second Year in a Row that Miss New York Is Crowned Miss America

Mallory Hagan of New York won last year and this year, another Miss New York contestant has won the crown.

2. Nina Was Miss Syracuse Before She Became Miss New York

Of course, so many people are extremely family-oriented, and Nina Davuluri is on of those people.

Have a look at some photos of her with her family.

4. Her Talent Was Classical Bollywood Fusion

Davuluri really takes her crown seriously. One of the causes she supports is in helping sick children, along with children’s hospitals.

6. She Knows the Meaning of “Fueling Good”

7. The Girl Is a Scholar

As a student at the University of Michigan, Nina Davuluri is on the Dean’s List, a member of the National Honor Society, and a recipient of the Michigan Merit Award. And, if all that wasn’t enough, her career goal is to become a physician after going to medical school. She definitely knows about hard work.

8. Autism Is Another Cause That Nina Supports

9. She Tries to Maintain a Healthy Lifestyle

Nina Davuluri tries to keep healthy by working out and preparing good meals on the grill. Check out some of the food she’s whipped up.

She also grows her own garden.

Look at the tomatoes on my tomato plant!!! They're so cute! So excited :) #Yummy #HealthyEating pic.twitter.com/aL0BsZdy

10. Nina Is a Sports Fanatic 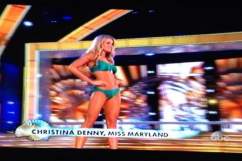 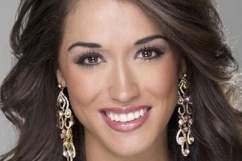