Security guard to the stars Norman Oosterbroek has been killed by police. Here are the 5 Fast Facts on Oosterbroek and the details surrounding his unfortunate death. 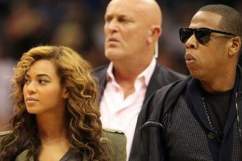 The Pinecrest Police found Oosterbroek, 43, naked on Monday night. According to the Miami Herald, he was said to be “pounding a neighbor with one hand while gobbling suspected drugs.” The story is said to have occurred like this:

Police said that about 10:45 p.m. on Monday, Oosterbroek appeared at the back door of a neighbor’s home just down the street. Christiane Jung looked outside and saw Oosterbroek staring at her, according to police. She screamed for her husband, Markus, who confronted Oosterbroek, police said. Oosterbroek allegedly began beating Jung with one hand while ingesting suspected narcotics with the other.

2. The Deadly Weapon Was a Taser Gun

The police allegedly were forced to taser Oosterbroek due to his unruly behavior. He was pronounced dead shortly after at Baptist Hospital. The police are uncertain how many times Oosterbroek was actually struck with the taser guns. Unfortunately, it’s the second death by taser in Miami-Dade county in the past month. The Miami Herald states that:

The previous one involved a street artist who died after Miami Beach police fired a stun gun that hit him in the chest after he was caught tagging a former McDonald’s restaurant.

The artist was a teen, 18-year-old Israel Hernandez-Llach. Below is a photo from Llach’s heart-breaking funeral. Pictured are his mother Jacqueline and girlfriend Alexandria Morgan.

Oosterbroek is married to longtime love April McDaniel and the couple shares two young children. They were currently splitting their time between New York and South Florida, leasing a $500,000 home in Cutler Estates. The four-bedroom, three-bath home sits on Southwest 132nd Terrace off of Old Cutler Road.

Wife McDaniel refuses to comment on her husband’s death, understandably. Neighbor Christiane Jung is also too upset to talk much. Jung explained:

Our family needs time to heal. This was really, really horrible and we can’t talk about it now. I can tell you that Pinecrest police took very good care of us. It was horrifying.

3. Norman Oosterbroek Was a Bodyguard to the Stars

Check out this video of Oosterbroek tossing an unruly fan off the stage at a Jay-Z concert.

Norman Oosterbroek is presently the head of security for Beyonce and Jay-Z, according to MStars News. In the past, he’s guarded Nelson Mandela, Lady Gaga, Rihanna, and others.

4. Oosterbroek Was Known in Europe as “The Dutch Giant”

The Miami Herald reports that:

He began his career in South Africa as a bodyguard for Nelson Mandela. He later formed his own international security firm, RAD, which is based in the Netherlands. He opened a branch in New York in 2006, and it quickly grew to become one of the best-known personal-security companies in the world, with a litany of corporate clients and celebrities he considered friends as well as customers.

He was photographed with superstars all over the world, and came to be known as one of the most professional and discreet celebrity confidantes in a business where bodyguards are often asked to sign confidentiality agreements and rarely talk about their clients.

5. The Man Suffered From Drug Addiction

Nancy Perez of the Miami-Dade police said that toxicology results are pending, but police sources said Oosterbroek’s elevated body temperature was consistent with someone under the influence of cocaine. Perez stated that a white powdery substance was found on his body. According to Global Grind, Oosterbroek had been in and out of rehab for years.