Scott Thorson, or as many of you know him, Liberace’s former lover, has been arrested. Here are the 5 Fast Facts on his arrest and the man “behind the candelabra”. 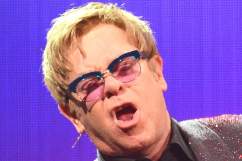 1. Thorson Was Busted for Meth

Apparently, a bad drug test has landed Liberace’s ex in jail, testing positive for Meth. The test was a randomly given test as a result of Thorson’s probation according to The Enquirer.

He was assigned to complete the Washoe county drug court and recently was granted a release due to health problems. The Washoe County District Attorney’s office wanted Thorson be arrested for not completing drug court as sentenced back in July, instead a drug test was ordered. Thorson will now have to answer once again to Judge Patrick Flanagan on the failed drug test, next Wednesday.

2. Bunny Ranch Owner Dennis Hoff Has Been Helping Out Thorson

A message from Dennis Hof: "Sadly, it's true that Scott Thorson was rearrested yesterday morning. Over the… http://t.co/l06xZvnaWx

Bunny Ranch owner Dennis Hoff, who originally bailed Thorson out of jail prior to his sentencing on burglary and ID theft charges told The Enquirer:

I’m saddened by this recent event … I was pulling for him.

Now he has to throw himself on the mercy of the court and hope that the judge will see that Scott has a disease and sends him to a rehab center instead of prison.

3. Thorson’s Probation Is From Two Types of Theft

On a previous occasion, TMZ reports that Thorson was thrown in jail for burglary and identity theft. After pleading guilty, Thorson was sentenced and out on parole. Thorson was then sentenced to serve a five year probation this past July.

4. Matt Damon Plays Scott Thorson in Behind the Candelabra

Unfortunately, Liberace’s former lover is currently suffering from colon cancer and was even released from jail to receive treatment with the help of Dennis Hoff again. 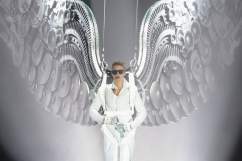