Allegedly, Zac Efron collapsed earlier this year while partying in a New York City hotel from a heroin overdose. Actually, the term being used by the National Enquirer is “hillbilly heroin” because his drug of choice that evening was supposedly oxycodone, which is a powerful painkiller. But, Radar Online was the source with all the details.

After a crazy night of partying, Efron apparently had to be revived fellow party-goers. The National Enquirer allegedly has a photo of Efron passed out in the Thompson Hotel in early January of this year and in the photo, Efron is said to be suffering from an overdose.

The National Enquirer says that they actually have an eyewitness who has passed a polygraph test, saying that Efron had taken large amounts of oxycodone, Adderall, and smoked marijuanna that evening. In addition, the source claims that Efron sent his party guests out on pill runs.

The entire story will be on newsstands in The National Enquirer on Thursday. 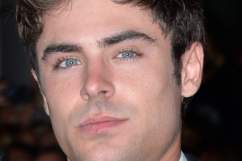