Azealia Banks and company were playing in Melbourne, Australia this Saturday night when some goober decided to hurl a can at the stage. Reportedly, this was after she had just gotten on stage.

She was performing her song “ATM Jam,” and when the can hit the stage, she promptly left — some say after a mere 90 seconds.

She said that she left because the full can of beer made her and her crew feel unsafe. It is odd since at most US festivals, beer cans are only served open, to prevent exactly this kind of behavior.

After the incident and another Australian gig, she tweeted saying:

K. Brisbane went smoothly. No one threw any cans at my head. I'm gonna read my Cat encyclopedia, have a wine and go to sleep.

We just hope this goofball learned his lesson, but the reality is that he or she (but really, very probably he) was so drunk they didn’t even remember. 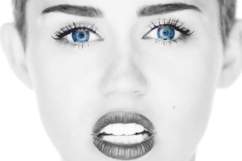