After revealing that the couple had suffered from a miscarriage, there is a happy ending for one of the Catfish duos. Lauren gets a proposal from her love Derek and she says yes. Afterwards, stars Nev and Max throw confetti to celebrate.

Omg! #Catfish complete! First Derek turns out to be real, Lauren moves in, their still in love & he proposes on TV! Love story

The cutest thing is that Lauren’s man asked her father for permission prior to the proposal.

They're so cute. After 8 years and it actually worked out and now they're getting married ☺#catfish 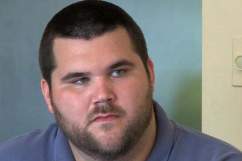 Read More
Catfish, Celebrities, TV, Twitter
"Catfish" couple Lauren and Derek certainly have a happy ending as Derek pops the question on the reunion show for the season 2 finale.