Twilight star Jackson Rathbone has married his longtime girlfriend Sheila Hafsadi in a wedding of 150 guests, according to the NY Daily News.

US Weekly first reported that Rathbone married his burlesque dancing baby mama in Malibu, California over the weekend. The couple has a 14-month old son together.

The couple first met when Rathbone was doing a gig with his band 100 Monkeys. 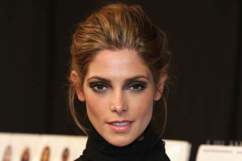