Another rumor has hit the One Direction band, but it seems this may not be just another story … Apparently, Liam Payne and his girlfriend Sophia have called it quits … according to Twitter. As you can see from the above photo provided by a celebratory fan, some fans are excited at the thought that Liam and Sophia are done.

"Liam and Sophia have broke up" *the entire fandom right now* pic.twitter.com/GU7NP1QX2b

Others are sad for their beloved Liam and wish him nothing but the best if the rumors are true.

“@1DAlwaysUpdated: Apparently Liam confirmed him and Sophia broke up! (Via @WWAUpdates2014) -P” wAIT WHAT

One fan who seems a little fed up with rumors surrounding the One Direction boys, wishing to protect them put out an open tweet that reads:

Hi Guys, ok so i woke up about 20 mins ago and logged onto twitter to what i can only describe as the shock of my life, because the first like 100 tweets i see are about Liam and Sophia.
So i look into it and search all sorts of things on twitter and tumblr and without realising it you guys have actually confirmed a lot of the rumours yourselves, so as i’m reading through the tumblr posts and tweets i noticed a recurring story about Liam and Sophia
this story is that she has cheated on him twice and then broke it off with him. Now a lot of you have tweeted about this without knowing each other? so you kind of confirmed that yourselves.
Also, then there was a rumour about Liam walking around Sydney the other night alone and fans saw him and asked him if he was okay, and he replied “no i need to be alone and i cant really deal with this right now” and APPARENTLY walked off looking really depressed. again i saw this story on several australian fans twitters and tumblrs. si this was kinda confirmed as well.
Then i hear that fans saw Liam smoking, now i don’t know about you but i’m feeling 22, im kidding, sorry i got carried away with typing.
NOW i don’t know about you but when someone begins to smoke or drink its usually a sign that they are trying to fill a void or cope with the pain of something that has happened.
also he seems to be acting pretty strange on stage, like he’s not himself and he hasn’t tweeted about her in a long and idk.. i kinda believe it but i’m still so confused.

NONE OF THIS HAS BEEN CONFIRMED ON BLACK AND WHITE PAPER YET BUT LIKE EVERY OTHER STORY THAT UPDATE ACCOUNTS FIND OUT BEFORE THE BOYS THEMSELVES EVEN KNOW IT ALWAYS SEEMS TO BE THE TRUTH IN THE END.
My worry is.. that if Sophia has cheated and its got around that she has and Liam DOESN’T know about it yet. We may be the cause of him hurting. and finding out. and tbh as much as i want Liam to be single i never want to hurt him.
Ok guys this was my twitlonger.
OVER AND OUT BITCHES..

DOES THIS MEAN LIAM IS SINGLE

What do YOU think about all this? 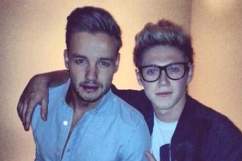 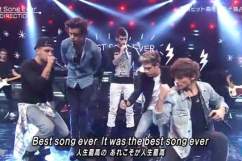 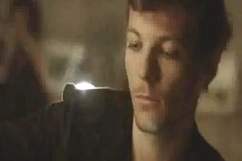 WATCH: One Direction’s ‘Story Of My Life’ Teaser Music Video 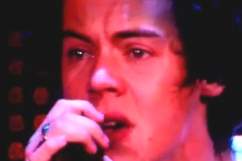 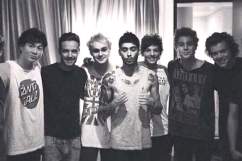