So, what are the latest One Direction rumors? Well, the most recent ones are that Louis Tomlinson is planning to leave One Direction because he’s getting tired of all the chaos and feeling trapped by paparazzi as well as the fandom. Though he loves performing, his band-mates, and his fans, he’s become fed up with not having the normal freedoms of every day people. Unreality TV reports that he’s planning to pop the question to his girlfriend Eleanor Calder soon and he’s thinking more about a calmer future.

He’s desperate for a more normal life where he can just take his girlfriend out without worrying some nutter is going to claw her eyes out.

Just today, a video popped up of Tomlinson getting upset when his relaxing day of surfing was interrupted by fans. 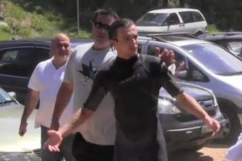 And, not too long ago Louis’ sister Lottie Tomlinson, got a little fed up with some of the One Direction fans as well. 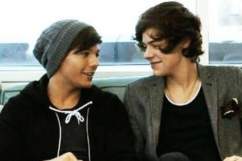 Though the fandom is awesome, it can be a bit much for anyone to take. We hope Tomlinson stays with One Direction and this is just another media site jumping on hearsay. The band just wouldn’t be the same.

Plus, 1D fans are standing strong that Louis would never leave them high and dry, just as we’d like to think as well: