George Strait’s performance at the 2013 CMA Awards tonight was a little sad since he announced his retirement just two months ago. 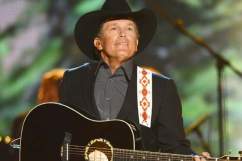 But it was even sadder because it was a tribute to the late legend George Jones, as Strait teamed up with Alan Jackson for the performance. At the end of the song, Jones’ wife, Nancy, became very emotional.

For more coverage of the 2013 CMA Awards: 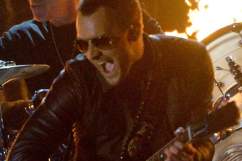