The American Music Awards 2013 was one for the books with performances from Justin Timberlake, One Direction, Miley Cyrus, Katy Perry, and tons of other big names. Have a look at the Top 10 Highlights from the night below.

1. Katy Perry Opens the Night as a Geisha 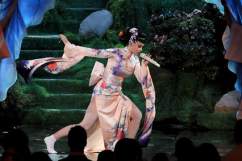 Katy Perry opened the evening with an Asian-inspired performance on her song “Unconditionally.” 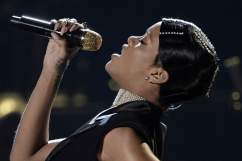 Rihanna was honored with the first Icon Award ever to be given out at the American Music Awards. As part of her acceptance she gave a performance of her song “Diamonds.” 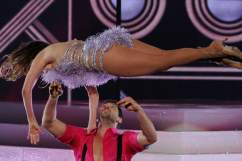 Jennifer Lopez had three wardrobe changes, a powerful dance routine, and a fantastic singing performance all in one tribute to Celia Cruz. It was outstanding.

Taylor Swift didn’t perform at this year’s AMAs, but she won four awards to add to her huge collection at home. Plus, she looked hotter than ever in a gold, sparkly mini-dress. Justin Timberlake also took home several awards and gave a great performance. 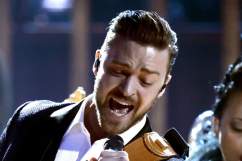 5. TLC Performed With a Special Guest 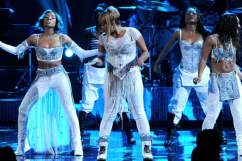 TLC took it back old school with a performance of their song “Waterfalls.” Lil Mama, who plays “Left-Eye” Lisa from the group’s biopic film, filled in for the late Left-Eye and they even included some of their old signature moves.

6. One Direction Performed Their Latest Single

Boy band One Direction performed their latest song “Story Of My Life” for the crowd. They also won two awards.

7. Lady Gaga Danced on the President’s Desk in the Oval Office 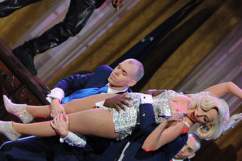 Well, sort of … President R. Kelly was in the office when Lady Gaga entered to perform their duet “Do What U Want.” At the end of it all, Kelly denied any involvement with Gaga and she finished the performance alone. 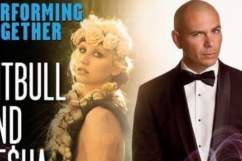 Surrounded by sexy women, Kesha and Pitbull gave an energetic performance of “Timber,” which has a little country influence in its sound.

9. Lady Gaga Arrived to the Red Carpet on a Fake White Horse

Lady Gaga loves to make unusual entrances, so of course she rode in on a white horse named Maliah … a fake horse with human legs walking underneath it.

10. Miley Closed the Show with a Lip-Synching Kitten 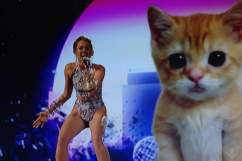 Of course, Miley brought a little something different to her performance of “Wrecking Ball.” As Miley passionately sang the song, a kitten on a screen in back of her mouthed the words. Oh, and Miley sported a serious camel toe … but we love Miley so it really doesn’t matter what she does …