Katy Perry had a beautiful performance of her single “Unconditionally” live at the MTV European Music Awards. Perry appears insanely tall, actually held in the air by wires, cloaked in jewel-toned fabric that gradually gets twisted around her. Katy seems to be getting woven into some sort of cocoon as she performs. Finally, the fabric is released to reveal a jewel-covered Perry, shimmering brightly in the light. Check it out in the above video. 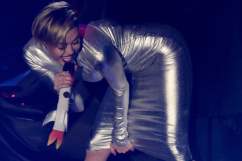 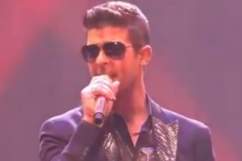