Some celebrities have way too much time on their hands.

In the case of Kanye West and Kim Kardashian, their free time led to the creation of one of 2013’s worst music videos. Hilarious actors James Franco and Seth Rogan used their free time to create one of 2013’s funniest parody’s. Franco and Rogan make sure to stay close to their source material by mimicking every shot seen in the Bound 2 music video. To put out love for this vid in simple terms wouldn’t do it enough justice. If you though Kanye and Kim’s vid was cringe worthy and “so-bad-it-was-good” quality, then you’ll get the same feeling with this spoof. Only this time, you’ll laugh at the intentional attempts at comedy and the sheer hilarity of it all.

To get an idea of how close how both videos are shot scene for scene, refer to our comparison pic below:

Check out some of the gifs that were inspired by this parody vid:

Turns out there was a parody of Bound 2 before Franco and Rogen did theirs. Check it out above. 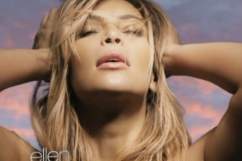 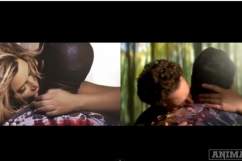