At the end of the 1990s, George Lucas committed a heinous crime. The director of beloved classics like American Graffiti started a new prequel trilogy of the beloved Star Wars franchise.

The first installment known as The Phantom Menace added more insult to injury when he introduced a bizarre character known as Jar Jar Binks. Ultimately useless, the racist character was a pointless addition to the series.

Now, a new video has appeared online indicating that Lucas may have despised the alien as well. Claiming to be a “deleted scene,” the short clip you see above shows the demise of the obnoxious alien. As Obi Wan and Qui-Gon Jinn surface in a submarine, we see the Gungan fail to escape the vessel as it descends down a cascading waterfall. The clip looks authentic, but no one from the production has released a statement. An intense debate is raging on Reddit, which you can join in by following this link. 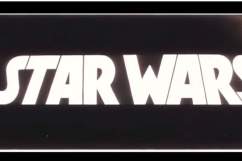