Many know Peter O’Toole from the movie Lawrence of Arabia. Hollywood elite remember him as their friend, idol, and co-star. Have a look at a few of the celebrity tweets that have been posted online by celebrities saddened by O’Toole’s death.

Aw! RIP Peter O'Toole! I worked with him on "High Spirits." He was a lovely man. Witty, generous, and quite the raconteur!

"I will not be a common man. I will stir the smooth sands of monotony" RIP Peter O'Toole

RIP Peter O'Toole. Spent one of the funniest days of my life with him at Lord's a few years ago. A brilliant actor & crazy, hilarious man.

Peter O'Toole, actor in the Oscar-winning epic Lawrence of Arabia, has died aged 81. One of the greatest actors ever pic.twitter.com/ZPujPeGpES 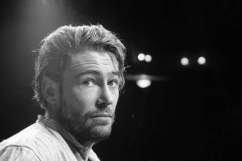 Peter O’Toole Dead at 81: 5 Fast Facts You Need to Know