It's been one year since the #SandyHook tragedy. R.I.P little angels pic.twitter.com/LnTOPFxvS7

A year after the horrifying tragedy at Sandy Hook school, celebrities remember the victims and their families through good deeds, tweets, and thoughtful posts.

It's been one year since #SandyHook. All my ♡ to the families as they go into the holidays w/o these sweet faces. pic.twitter.com/GsubXzG33E

Remembering #SandyHook today. Love and light to those effected by it.

Want me to do your outgoing voicemail message? Pony up: http://t.co/KXAZ0SoCdy @sandyhook

There have been 28 school shootings in America since Sandy Hook. Dwell on that statistic, America, and DO something. #GunControlNow

Families of Sandy Hook tragedy: you're in our hearts & minds & we pray for strength &peace during this difficult time http://t.co/kPSDe5ju0e 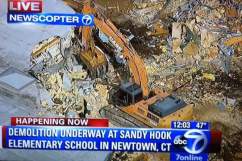 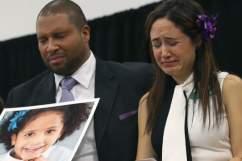