On the heels of the recent unveiling of the first offical Amazing Spider-Man 2 trailer comes some more exciting Marvel movie news – 20th Century Fox has announced the release date for a future X-Men film! The film will focus on one of the X-men’s most notorious and popular nemesis’ – the all-powerful Apocalypse. The director (Bryan Singer) behind the next X-Men film, Days of Future Past, took to Twitter to break the news:

No further details on the film beyond its May 27, 2016 release date have been announced…yet.

For those of you out there who want some insight into what this film will focus on, read the following excerpt below (this comes straight from the 1995 Age of Apocalypse comic book storyline by Scott Lobdell:

Charles Xavier is dead – killed twenty years in the past during a freak time-travel accident – and the world that has arisen in his absence is dark and dangerous indeed. The Darwinian conqueror Apocalypse rules with an iron fist, ruthlessly enforcing his dictum that only the strong shall survive – and in Apocalypse’s long shadow, hidden among a downtrodden humankind, are a group of ragtag freedom fighters led by Xavier’s oldest friend, Magneto: the Amazing X-Men! When Bishop, last survivor of the true Marvel Universe, locates the X-Men and explains how the world went wrong, these embittered mutants and their tenuous allies must risk everything – and undertake a dangerous and multi-pronged quest – to put things right!

Following the events of Days of Future Past, it looks like the X-Men will have to contend with an even larger threat than before. Magneto takes the reigns of the good guy leadership role as he fights alongside Professor X’s heralded mutant heroes.

On top of this film will be two more X-men helmed big screen features – an X-Force film that will be directed and scripted by Jeff Wadlow and a third Wolverine film which will be directed by James Mangold and star Hugh Jackman. 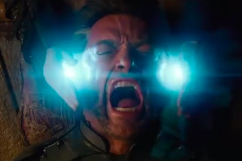 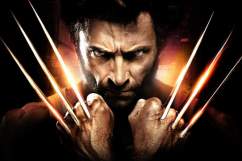 The Wolverine 2: James Mangold and Hugh Jackman Move Ahead with The Sequel