Tonight was the season 18 premiere for The Bachelor. Check out the Top 10 highlights and full recap here.

It turns out that Camila will be staying in Los Angeles with Juan Pablo’s parents while he films The Bachelor. There are quite a few scenes showing Juan Pablo with his daughter, playing, pushing her on swings, and talking about how amazing it is to be a father.

2. Sean Lowe Returns to Give Juan Pablo Some Advice 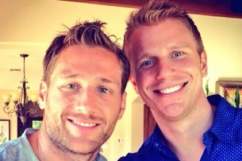 3. One of the Contestants Is Pregnant

GREAT STRATEGY PRETEND TO BE PREGNATE SO EL #BACHELOR'S FIRST IMPRESSION IS "AW HELL NO" pic.twitter.com/dQXPUhdWNq

4. Clare Crawley Opens Up About Her Late Father 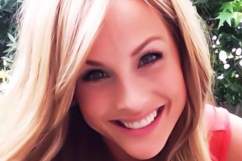 Clare Crawley, The Bachelor: 5 Fast Facts You Need to Know

Apparently, Crawley lost her father to cancer and he gave her a DVD to watch, but she’s never looked at it. She plans to watch it with whoever she marries …

6. Juan Pablo Holds a Dance Party in the House

Dance party and photo booths! Sounds like a fun night at #TheBachelor mansion!

For the first time ever, the Bachelor house has a dance party to kick things off. Once all the women exited their limos, Juan Pablo joined them in the house and busted out some music. In addition to the dance party, the show has another first this season … a photo booth.

7. Lauren H. Has a Breakdown on the First Night

Lauren H. you went home on the first night because you cried AND you talked about your ex. No. No. NO! @BachelorABC pic.twitter.com/CtFLgCIRrT

Lauren H. is nursing old wounds. For some reason she’s getting very emotional, reflecting on a past relationship. After breaking down crying, she meets with Juan Pablo and talks about her former fiance who broke off the engagement just a couple weeks before the wedding. Lauren H. opens up about having insecurities since her breakup to Juan Pablo, but hopes she didn’t mess up her chances to be with him after showing such vulnerability.

She gets sent home.

8. Sharleen Gets The First Impression Rose

"If I'm totally honest, it seemed a little forced." And just like that Sharleen is my favorite contestant of all time #bachelor

The beautiful Sharleen gets the first impression rose. Strangely, Sharleen feels that her connection with Juan Pablo seems forced and she thinks she built him up way more in her head than in person. Juan Pablo gives her the first rose because he feels she’s worldly and seems very intelligent.

Sharleen’s reaction to receiving the rose was very surprised and quite awkward. Juan Pablo had no idea that Sharleen was having her doubts.

What do you think of @JuanPaGalavis' decision tonight? #TheBachelor

10. The Show Gives Us a Sneak Peek at the New Season

See you all next week! It's going to be a wild season of #TheBachelor!

Before the show comes to a close, a highlights reel is shown for the upcoming season to let us know what’s in store for us. The women talk about what a charming, genuine guy Juan Pablo is and what a great father her makes. A scene is shown with Juan Pablo telling Clare that it’s the real deal with her. There’s tons of kissing and tons of hugs … before all the tears of course. One girl is even shown having a breakdown in a bathroom screaming “Juan Pablo, I hope you die.”