The Beatles received a high honor for the 2014 Grammys as recipients of the Lifetime Achievement Award. But that wasn’t all … Ringo Starr performed and started things off by performing solo, singing “Photographs” with images of The Beatles showing in the background.

But, in case you thought that was all, it isn’t … Paul McCartney took the stage, after being introduced by Julia Roberts, to sing his song “Queenie Eye,” joined by Ringo Starr on the drums.

But, what really made the night was seeing Yoko Ono grooving from her seat to the sounds of Paul and Ringo.

For more information on The Beatles’ win, click the below link: 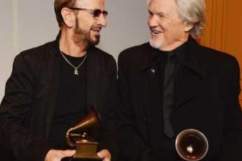 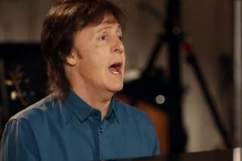