Union tweeted her excitement this morning.

The series is a spinoff of a BET movie of the same name. The movie, which premiered in July, had an impressive 4 million viewers.

Here’s the promo that the network released for the eight-episode drama:

In a recent interview with Essence, Union dishes on the exploration her character goes through sexually:

It would be easy to label Mary Jane a freak…but enjoying sex doesn’t make you a ho. I hope [Being Mary Jane] widens the conversation. I hope people will be more forgiving of those who explore their sexuality unapologetically.

On its website, BET provides this synopsis for the series:

Mary Jane Paul is a one-woman show: a successful TV news anchor and an entirely self-sufficient powerhouse who remains devoted to a family that doesn’t share her motivation. Intense drama and unforgettable moments unfold as Mary Jane juggles her life, her relationships, her work and commitments to her family.

Here’s a sneak peek into the movie that sparked the series. 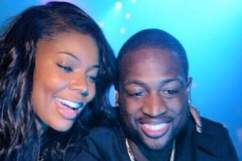