Robin Wright‘s accessory at the Golden Globes last night was not just her award for Best Actress in a TV Drama. It was also her new fiance, Ben Foster.

Here’s what you need to know about the significantly younger actor and his relationship with Sean Penn’s ex.

1. He Plays a Navy SEAL in ‘Lone Survivor’

This year, Foster starred in Lone Survivor , where he played Matt Axelson, one of the real-live Navy SEALs who perished in a failed 2005 mission in Afghanistan to capture an al-Qaeda operative.

Marcus Luttrell, the lone survivor of the mission, whose memoir the movie is based on, had this to say about Ben’s portrayal of his fallen comrade:

That’s Matt Axelson when you see him on the screen. That’s how he was. Just like Ben Foster. It’s the guy you wouldn’t take a second look at when he walked into a room. But when he threw his kit on and grabbed his rifle, he was the most lethal man you’d ever met in your entire life.

They first worked together on the cop film in 2011. In February of 2012, rumors started after they were seen at a restaurant together in Australia, where Wright was filming The Grandmothers.

The bride-to-be first showed off her ring on January 10 at a Diane Von Fustenberg exhibitionin L.A. That prompted Penn’s rep to announce the engagement to People magazine on January 11.

Backstage at the Golden Globes, Penn told Entertainment Weekly that wedding plans are up in the air:

I’m shocked right now. Don’t know what’s going on exactly. It’s so new. We’re still talking about where, when, how. And I couldn’t be happier.

3. This Will Be Wright’s Third Marriage

Her last marriage, to Sean Penn, lasted 14 years. The couple, who have two children together, Dylan, 22, and Hopper, 20, divorced in 2010. After the breakup, Penn told Esquire that his marriage was a fraud:

I have been the only one that was unaware of the fraud in a few of these circumstances blindly. When you get divorced, all the truths that come out, you sit there and you go, What the fuck was I doing? What was I doing believing that this person was invested in this way?

Before Penn, Wright was married to actor Dane Witherspoon from 1986 to 1988.

While there is talk that Wright is a cougar, some are defending the couple.
Saturday Night Live actor Taran Killam tweeted this:

Gosh Robin Wright is stunning. So talented. Ben Foster is such a brilliant actor. They're engaged to each other? Oh, they're crazy then.

Originally from Boston, Foster left high school in the 11th grade, and by the time he was 17 he had his own L.A. pad.

Although he’s now with an older woman, there was a time when he was into younger girls. He hasn’t been linked to many actresses in the 17 years he’s been in Hollywood, but the ones he has been with were always younger. When Foster was 27, he dated then-19-year old Zoe Kravitz, Lenny’s daughter. 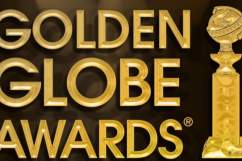