It looks like Whitney Houston’s daughter Bobbi Kristina tied the knot with “brother” Nick Gordon. Check out the below tweet for the proof.

Details on the wedding have not been released yet.

To hear more about the couple’s relationship and engagement, click the below link: 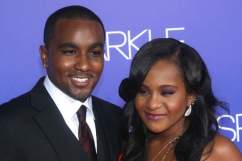