According to a 2005 episode of The Simpsons entitled “Bonfire of the Manatees,” Peyton and Denver will win on Sunday. The above episode aired in October 2005 (the Seahawks went to the Super Bowl in 2006 remember) so it wasn’t that outlandish. Now, nine years later, The Simpsons’ fantasy has become a reality. 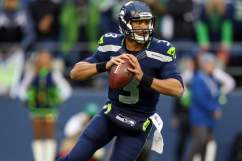 Super Bowl Betting 2014: The Best Odds & Where to Find Them