Greg Keating from New Jersey have come forward via YouTube video to claim that he is the illegitimate son of Conan O’Brien. There’s no word if Keating’s claims are legit or it’s a Conan-style bit, but two things are for certain, Keating looks an awful like the late-night host and his video is pretty funny.

1. He Claims His Mom Was Fired From NBC When She Got Pregnant

He says he’s from a small town in New Jersey. According to the video, Keating says that he was conceived back in 1993 while his mother worked at 30 Rock on the NBC show, News at Sunrise. In the video, Keating says that his mother was fired when she became pregnant (if Keating is really alleging this, that’s pretty serious). Back in 1993, Conan was just beginning his stint as the new host of Late Night.

There’s no shying away from the fact that Keating looks like O’Brien. In the video, Keating says that he his childhood was difficult and that in high school he was awkward around girls.

He’s from Verona, New Jersey but according to his Facebook page he’s originally from Philadelphia. Keating says that he attends Temple University and Verona High School, where he was a scholarship recipient in 2011.

His LinkedIn page indicates that he a Marketing and Advertising student at Temple. At the college he also works for the student radio station in advertising as well as reporting. For two months he also worked as a “seasonal driver” for UPS.

Keating is a New York sports fan, according to his Facebook page his teams are the New York Rangers, Knicks and Giants. I’m not sure how his Massachusetts-native “father” might feel about that. Keating is also a fan of German soccer giants Bayern Munich.

So far there’s been no response to the claims from Team Coco, O’Brien’s solitary tweet on January 13 read:

Dreamt that I bought some new boots and a sturdy umbrella for the Morton Salt girl. 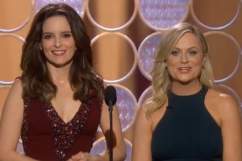