Oprah Winfrey presented The Butler co-star Forest Whitaker with the Joel Siegel Award tonight at the Critics’ Choice Awards. She speaks of his humanitarian efforts, his caring nature, and commends his passion. Winfrey then introduces a short video in honor of Whitaker’s charitable efforts around the world.

An emotional Whitaker received a standing ovation from the crowd. Upon taking the stage, he seemed very soft-spoken. Whitaker proceeded to discuss his efforts to build peace and education in communities throughout the world.

As cameras panned across the audience, you could see Sandra Bullock getting a bit emotional and Tom Hanks say, “That was nice.” 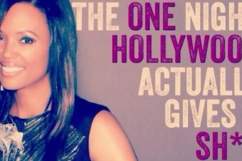